Death has been conquered 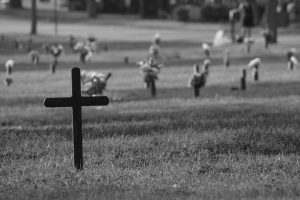 Death is an intruder in our lives and relationships, leaving gaping holes and hardships. It is an enemy that seems insurmountable.

Left to our own resources, we have very little to say, very few answers to contribute.

Our world is left confused and its inability to answer the question of death shows a hollowness in its answers to the questions of life.

And this is exactly how the followers of Jesus would have felt on that first Easter weekend. Death had taken their teacher, their friend, their Lord.

But this death was unlike any other. This was not another victim of death’s relentless dominion over us.

In Jesus’ death was God’s decisive victory: it was part of his plan.

For Jesus was delivered up according to the definite plan and foreknowledge of God, to be crucified by the hands of lawless men. But, God raised him up, loosing the pangs of death, because it was not possible for him to be held by it (Acts 2:23).

God is not silent in the face of death.

It is a promise that we too will be raised up with Christ.

It is too important. It is too relevant. For we live in a world marred by death.

Jesus resurrection is God’s proclamation, his loud and triumphant announcement. Death has been conquered.

We’d love you to join us at church this Easter.

Our Good Friday service is at the special time of 9.30am, where we’ll be coming together to reflect on the worse sin ever as Graham Errington talks from Luke chapter 22 verses 1 to 23.

We’ll be meeting at our normal times of 5pm on Saturday and 8am on Easter Sunday. Jodie will be speaking on the topic ‘The right side of history’ from Acts chapter 13 verses 16 to 41.

During our services on Saturday and Sunday, we’ll have our weekly question and answer time, and Jodie will be answering these questions:

If you don’t regularly attend church then you are especially welcome this weekend. We love it when people drop in to join us at church, and you’ll be made to feel very much at home.

We wish you a special Easter as we reflect on the wonder of the cross and the miracle of the empty tomb!

This weekend we welcome Simon Chaplin, who will be talking on the topic ‘God’s perfect plan ‘ from John chapter 11 verses 45 to 53.

Mission of the month: Anglicare

Anglicare is our mission of the month. Support this ministry through the ‘Mission Table’ in the Hall.

Join us at 9.30am for a special Good Friday service on Friday 14th April, with Graham Errington speaking. We’ll be meeting at our normal times of 5pm on Saturday and 8am on Easter Sunday.

You’re invited to join the ladies of Oak Flats and beyond on Tuesday 19th April to hear Kate Stace. Dinner is $7 payable at the door, and there is no need to RSVP.

Children’s and youth programs in holidays

During school holidays our normal midweek children’s and youth programs take a break until 28th April. However we plan to continue a mini-program during the 5pm Saturday service as required.

Anglican Aid has launched an appeal to help those affected by Cyclone Debbie in Queensland and NSW. For more information or to donate please visit anglicanaid.org.au or call (02) 9284 1406.

Electronic giving is a great way to give! It helps us prayerfully plan our giving, and then the bank will help us keep that commitment, even when we may be unable to attend. To give by direct transfer then these are the details. Account name: Church of England Jamberoo. Account number: 10081274. BSB: 062562 . 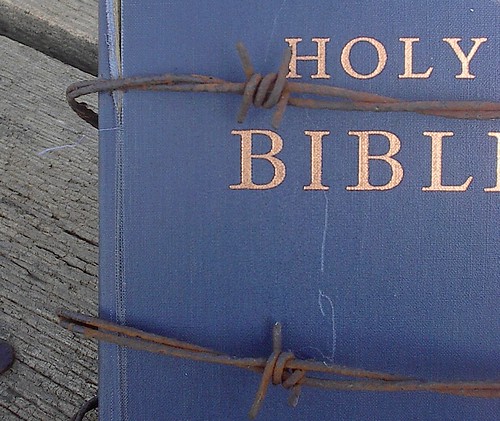 Last year was the worst year on record for persecution of Christians worldwide.

According to ‘Open Doors,’ each month 332 were killed for their faith, 772 suffered serious violence and 214 churches were destroyed.

Once there was a network of Christian churches spreading east from Jerusalem through “Mesopotamia” and on into India.

Though not recorded in the NT, this missionary spread eastwards from Jerusalem must have started very early. When Marco Polo reached the court of Kublai Khan in 1266 in nowadays “Peking,” he was surprised to meet Christians there.

We sometimes forget that Christianity is a Middle Eastern (i.e. Asian) religion, that Jesus was a Jew, and Paul a Syrian or maybe a Turk. Armenia was the first ever officially Christian nation.

The buildings of the Eastern Christians in those early days typically had gold-painted domes on the roof, and this is no doubt the origin of the domes on mosques, since the churches were simply converted into mosques as Islam displaced the Christians.

And this process is being implemented in a vicious manner today.

Jakarta’s Christian governor Basuki Ahok is on trial for blasphemy for “insulting” the Koran. There are few who cannot see this as an attempt to bring a Christian leader down by any method that might work.

Coptic Christian Bahgat Zakhar, 58, refused to deny Jesus before being gunned down in cold blood in the Sinai region.

We can recall that these following words of Jesus apply to us as well as our persecuted brothers and sisters, “Love your enemies and pray for those who persecute you” (Matthew 5:43-44.)

Hard though it be to love organisations like ISIS, we should pray for their change of heart.

We should find ways to identify with persecuted Christians for as Jesus said, “I was in prison and you came to visit me… truly I tell you, whatever you did for one of the least of these brothers and sisters of mine, you did for me” (Matthew 25:36 & 40.)

This weekend we welcome Simon Chaplin, who will be talking on the topic ‘God’s perfect plan ‘ from John chapter 11 verses 45 to 53.

We will also share the Lord’s Supper at 5pm Saturday, so be sure to join us for this important reminder of the death of Jesus.