What’s beer got to do with church? 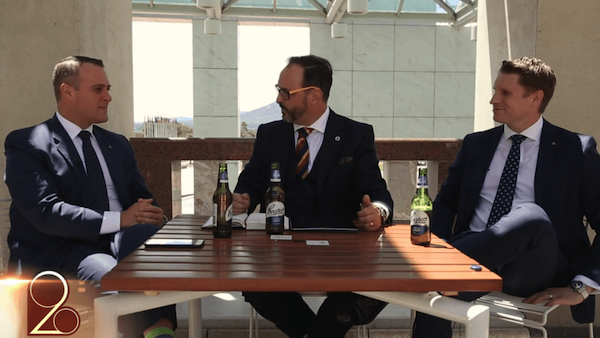 This week there has been some controversy surrounding the production by Coopers Brewery of commemorative beer cans to celebrate the 200th anniversary of the Bible Society.

As part of the celebrations, the Bible Society released a video in which they hosted a mini-debate between two people with different views on same-sex marriage.

The video showed a wonderful example of how two people can clearly differ, whilst maintaining respect.

Sadly, the response to this video was a call to boycott Coopers, which was then carried out by several pubs and beer drinkers.

After originally supporting the tone of the video debate, Coopers went on to strongly distance themselves from the video and eventually state their their strong support of same-sex marriage.

This is a sign of the kind of challenges that Christians will continue to experience, and are likely to see grow in frequency and intensity.

This is all the more reason why Christians need to stick together.

And the place to do that is by going to church.

We don’t go to church in order to please God, or to somehow work our way to Heaven.

We come to church to meet with Jesus as he speaks by his Holy Spirit through the words of the Bible, in a supportive and loving community of grace.

Because if you think you can stand up and say you’re a Christian but rarely, if ever, come to church to be supported by your Christian brothers and sisters, then you’re likely to fall away under the ever-mounting pressure of our increasingly-hostile world.

If you’ve not been to church for a while, please come back.

We need you, and you need us.

This weekend we continue our five-week series looking at the five Solas of the Reformation called ‘Five Foundations’. This week, Jodie will be speaking on the topic ‘Christ alone’.

Our 8am Sunday service will be a Morning Prayer Sunday service and at both our services, we will have a special update about Anglicare which is our Mission of the Month.